Instructors are the backbone of a martial arts studio. They must not only be accomplished and experienced martial artists, but must also know how to communicate with students. At Kim Studio, you will find only the most dedicated instructors who have a minimum of ten years experience within the dojo and most with twice that. Kim Studio’s instructors teach on a volunteer basis, passing on their knowledge and skills to a new generation of martial artists. 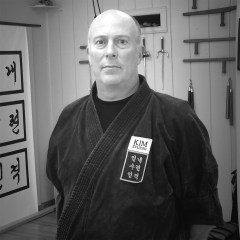 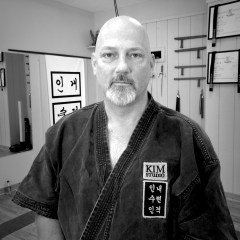 Master Matt Gammon • 7th Degree Black Belt • Senior Instructor
Matt Gammon is a 7th degree black belt who often trains with his three children. In 2000 he was voted Kim Studio Instructor of the Year for his juniors class. Additionally, Matt teaches a self-defense class at American University and retired as a law enforcement officer for the state of Maryland. 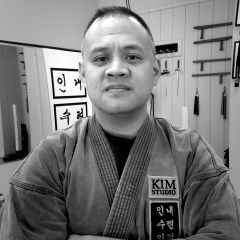 Master Hank Nicodemus • 7th Degree Black Belt • Senior Instructor
Master Hank Nicodemus first began training at Kim Studio in 1986 at the age of 14 and in 1999, earned the Instructor of the Year Award. In his classes, whether it be drills, forms or self defense, he emphasizes the understanding of body mechanics and body movement towards the perfection of effective technique. In addition to his martial arts training at Kim Studio, Master Nicodemus also studies empty hand and weapon based Filipino martial arts.

Teaching Schedule:
Filipino Weapons classes: The last Saturday of every month from 10:00 to 11:30AM. 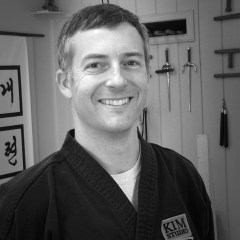 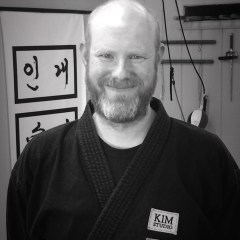 Master John Sorensen • 6th Degree Black Belt • Senior Instructor
John began his martial arts training in 1990 at American University under Grand Master Roberts Jr. and received his 1st dan in 1998. As a teacher, John focuses on refining fundamentals and exploring practical applications of techniques from the forms. In addition to his training at Kim Studio, John has studied a variety of martial arts including Daito Ryu Aikijujutsu. He brings an eclectic approach to studying and understanding the Kim Studio tradition.